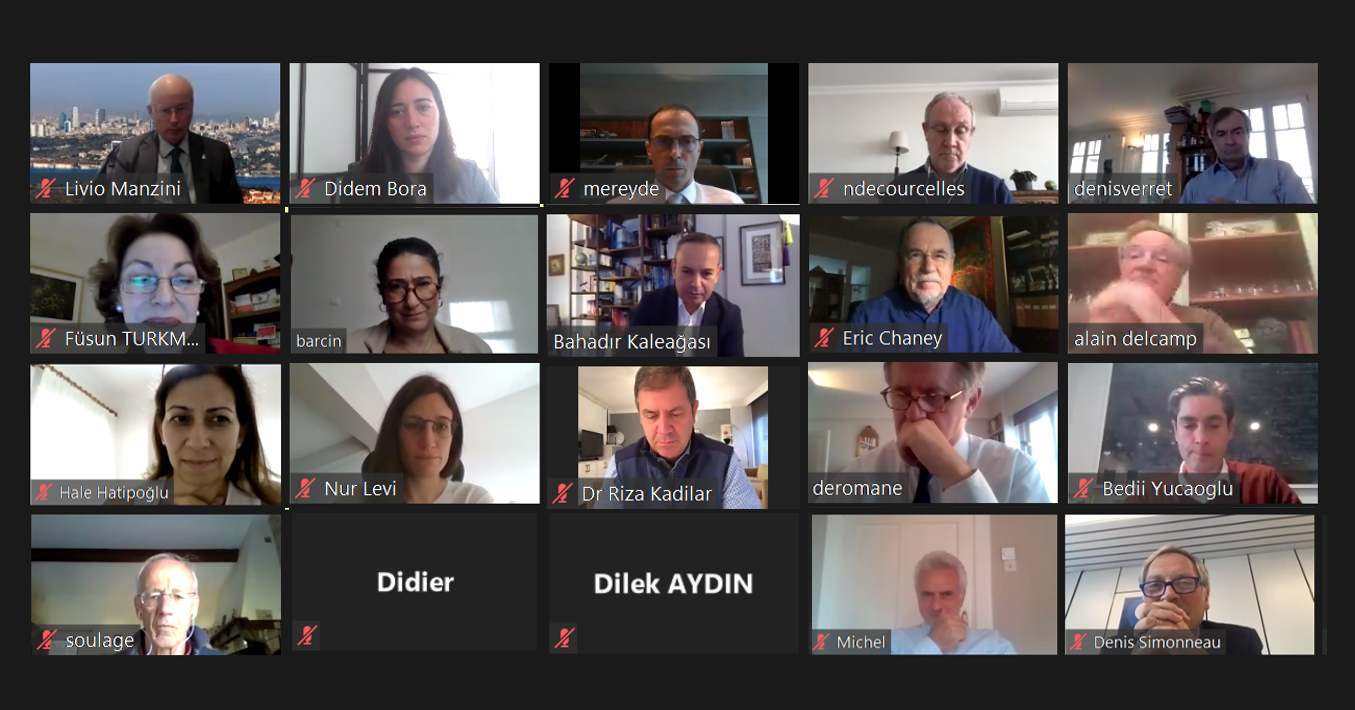 Posted at 08:30h in Scientific Committee Meetings by leman 0 Comments

The Institut du Bosphore Scientific Committee hold its second virtual meeting on Tuesday 10th of November on the theme: « France – Turkey relations: Which initiatives can be taken to de-escalate tensions? How to restore a constructive dialogue and move forward in the EU positive agenda? ».

Following the introductory remarks of Scientific Committee Co-president Mr. Augustin de Romanet, the tour de table debate tackled the recent issues of tension between France and Turkey as well as the challenges and opportunities at both bilateral and EU level in the light of the EU Council meeting conclusions on 1-2 October where, provided constructive efforts are sustained in the Eastern Mediterranean, the Council has agreed to launch a positive political EU-Turkey agenda with a specific emphasis on the modernization of the Customs Union and trade facilitation, people to people contacts (visa liberalization), high level dialogues, continued cooperation on migration issues, in line with the 2016 EU-Turkey Statement. Discussions were chaired by Bahadır Kaleağası, President of Institut du Bosphore.